If you have a dog with persistent barking or like to train the dogs which are sitting in the yard, then the best way is to use a shock collar. The shock collars are nothing but remote training collars or e-collars.  This is mostly used to control the aggressive behavior of dogs, and also it is used for any kind of behavior modification. If you have a dog that can’t be trained using the positive reinforcement, then the shock collars will train the dog to do the commands using the negative reinforcement. Most pet lovers will think that dog training collars shock is more dangerous for the dogs. But you need to know that it comes with both pros and cons, so let’s discuss more about it.

Why and when to use shock collars training

The shock collars are the electric training collars that come with two metal prongs that rest against the skin of the dog’s neck. While pressing the button on the remote, it will deliver an electric shock and it will control the behavior of the dogs. 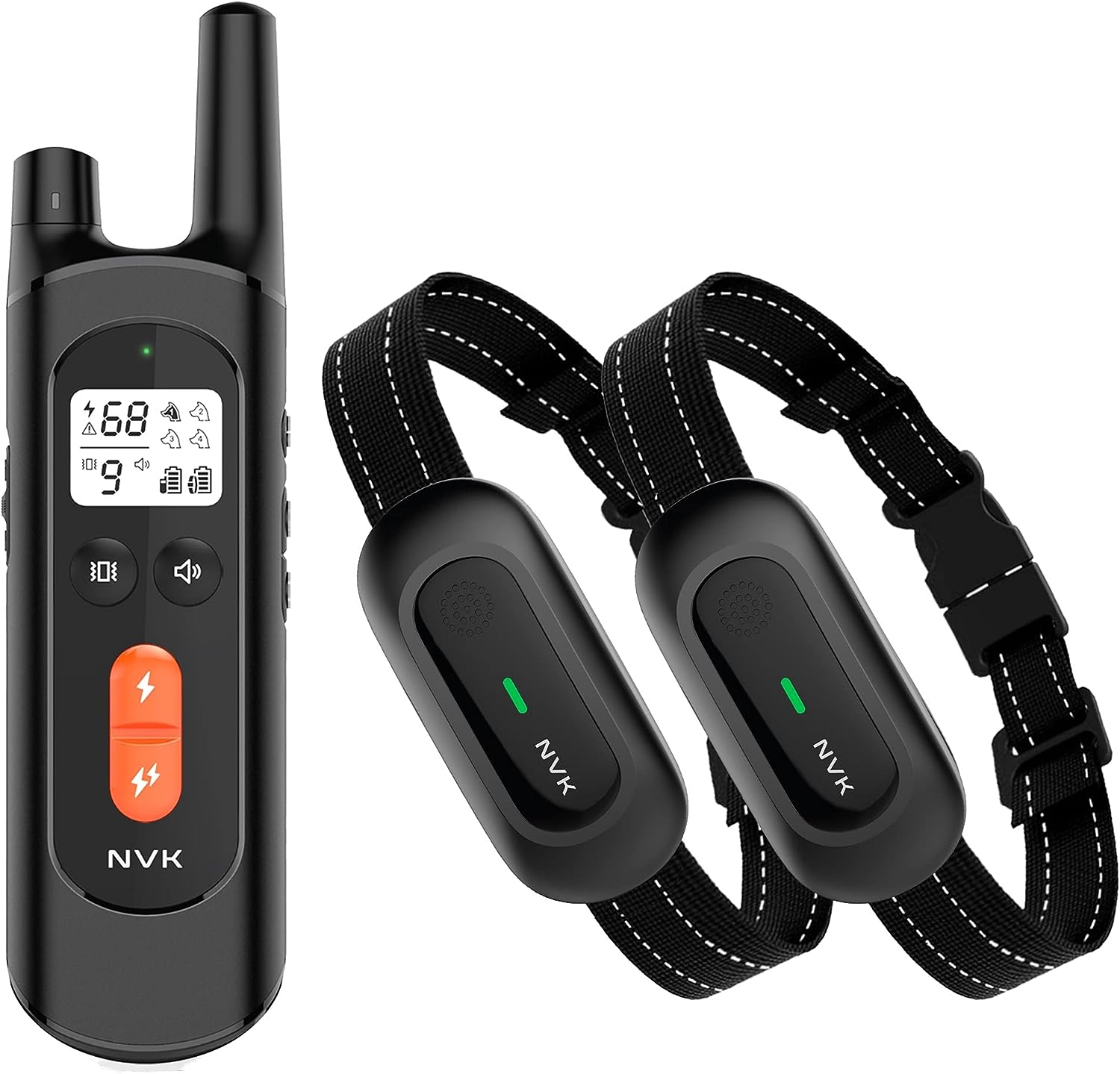 The underground fence shock collar will act as an invisible fence to your dog and here a boundary will be created to a specific area, where the dog doesn’t want to escape. If the dog reaches a particular area then the transmitter will send a signal to the monitoring device at home.

You will get a notification and also the dog will get a shock if it tries to reach the boundary. This will teach the dog to stay within a specific boundary.

The remote training collars will take complete control over the dogs and the dog owners should know to adjust the intensity of the vibration caused depending on the situation. Here the dog will get shocked for the inappropriate behavior, but before using them you should be clear about the instructions.

This is especially for the dogs that won’t stop barking and this is a kind of anti-bark device that is programmed with an interrupter. So, your dog will get a sound of the beep, a blast of air, or an electric shock by helping the dog get rid of inappropriate behavior.

All these dog training collars shock can be used only when the dog’s behavior can’t be controlled by positive reinforcement. This is considered an effective training tool as it will let the dog know that the behavior is inappropriate and unwanted. Once the dog gets a mild shock, it will make sure to correct its behavior.

How does a dog training collars shock work?

The shock collars find the aversive training method which will curb the stubborn and unwanted behaviors of dogs. This kind of shock collar doesn’t punish your dog but will make them understand to rectify their behaviors.

The shock collar follows the safest procedure and also it won’t physically harm your dog. Here the shock collars will deliver a beep sound to disrupt the unwanted behavior. The intensity of the shock can be adjusted by the two-pronged device which is attached to the dog’s collars.

This type of electronic training device will improve your relationship with the dog and it won’t make you a bad pet parent.

Aggression is a trait for many dogs and this kind of shock collar will act as a tool to control the dog’s anger by negative reinforcement. If the pets don’t respond to your verbal communication, then this is the best way to communicate.

The shock collars will build a strong relationship of obedience between the dog and you. Also, it will act as a reinforcement and make the dog sure that it obeys all your commands.

The dogs are playful and also they get excited when they are in a jolly mood. So, in a certain situation, they easily get excited and start jumping on you. The shock collars will control these kinds of unusual behaviors and help them to stay calm by signaling to them that over-excited is not desirable for you.

This type of device is well-proven and it is used by dog owners for over half a century. As it is safe to use and also it is considered effective, most dog lovers show interest in using it. This is a kind of new technology and it won’t harm your dog. Your dog will learn new behavior soon and it won’t exhibit the old behavior.

Mostly, all kinds of dog training will take a lot of time to show results. But in this shock collar, you will get immediate results.

Is training with shock collars safe?

The dog training collars shock is not specially designed to hurt a dog and it is simply made to irritate the dog so that the dog won’t repeat the bad behaviors. It doesn’t harm your dog physically or mentally and it only teaches your dog that the behavior exhibited is unwanted.

You can use shock collars as this is considered an effective tool for correcting unwanted behavior. Even some studies recommended this device on the dog for some behavioral training as the results will be effective and quick.

Sometimes positive reinforcement training is not enough for dogs that show aggressive behavior like excessive barking and growling at strangers. So, for certain types of dogs, it is inevitable to use shock collars, and the dog training collars shock is recommended where no other training method works. If you understand and follow the instructions properly, then it can be used as a versatile tool.

What You Should Look into About the Dog Training Vest

No comments to show.